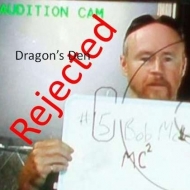 Robert D. McLeod graduated from the University of Manitoba B.Sc. EE, M.Sc. EE., Ph.D. (81,83 and 85) respectively. My real goal is to stimulate not necessarily simulate.

I am always looking for a student or two. In the summer our lab always has a couple summer positions open.

Previously: In general agent based modeling is ‘bottom-up’ systems modeling from the perspective of constituent parts. Systems studied are modelled as a collection of agents (in social systems, most often people) imbued with properties: characteristics, behaviours (actions), and interactions that attempt to capture actual properties of individuals with a high degree of diversity and fidelity. In the most general context, agents are both adaptive and autonomous entities who are able to assess their situation, make decisions, compete or cooperate with one another on the basis of a set of rules, and adapt future behaviours on the basis of past interactions. The foundational premise and the conceptual depth of ABM is that simple rules of individual behaviour will aggregate to illuminate complex and/or emergent group-level phenomena that are not specifically encoded by the modeler and that cannot be predicted or explained by the agent-level rules. In essence, ABM has the potential to reveal a whole that is greater than the sum of its parts.

Currently: SERIOUS GAMES FOR COGNITIVE HEALTH ASSESSMENT/SCREENING. We are trying to develop mobile games that can serve as the vehicle for data collection in relation to the cognitive health of the individual.

Mild cognitive impairment (MCI) constitutes a clinical entity differentiated from healthy control subjects and those with very early-stage Alzheimer’s Disease. Early recognition of subtle changes to specific cognitive abilities that precede an MCI diagnosis has the potential to improve the efficacy of of therapeutic and social treatment programs.

Our work addresses the potential of serious smartphone games as screening and assessment tools for cognitive processes within the domains of attention and memory. The focus of this proposal is on a serious game denoted WarCAT (War Cognitive Assessment Tool), based on a familiar card game War.

This work goes beyond developing electronic/mobile presentations or reproductions of existing MCI assessment instruments; rather, the work presents mobile games that inherently provide a cognitive assessment function via the analysis of an individual’s game-playing data. In effect the games provide a "cognitive fingerprint" associated with play which can be used as input into machine learning classifiers in an effort to detect subtle anomalies.

Paraphrasing Einstein, games as simple as possible and no simpler. Paraphrasing McLuhan, the game is the assessment.

Check Google Scholar (Robert D McLeod). They are all there, some of them are not even mine.